Going back in time through coin exhibition 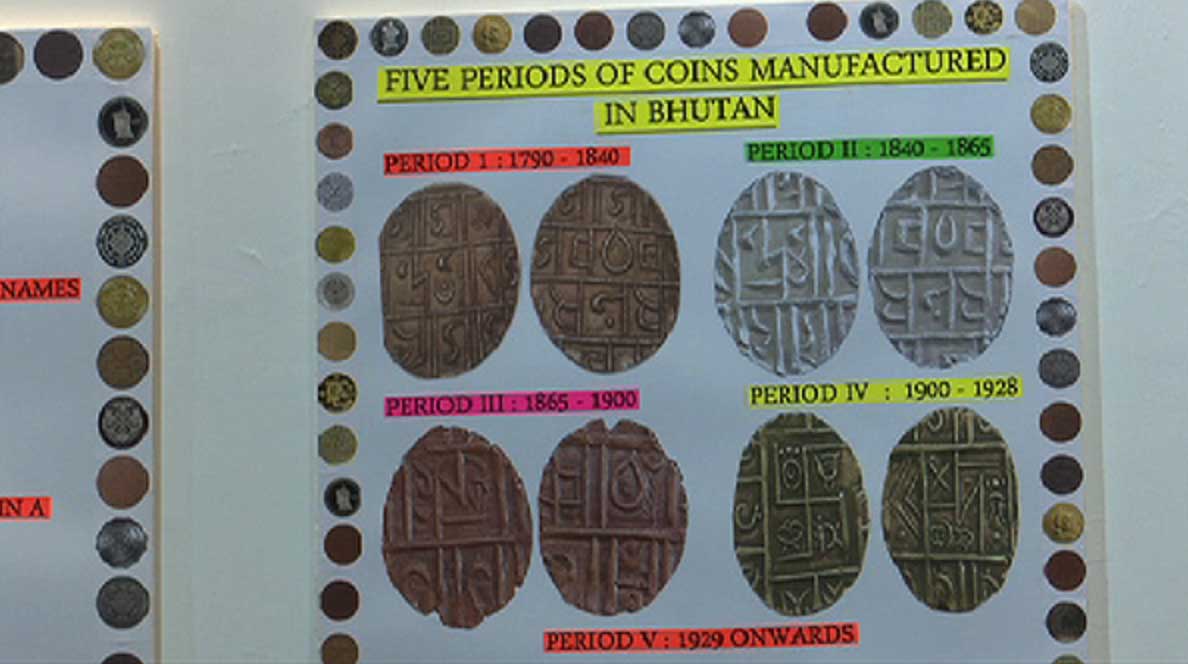 As part of the celebrations marking the 50 years of diplomatic relations between Bhutan and India, a Bhutanese Coin Exhibition was organised at the Nehru-Wangchuck Cultural Centre in Thimphu.
The event, which began last week, ended yesterday.
Coins as old as 225 years were displayed. There were high quality silver coins made in Bhutan as well. A Major General of the Indian Military Training Team (IMTRAT) took the initiative to collect the coins for the exhibition.
“The exhibition hopes to explain to people the history and development of coinage in Bhutan,” said Major General G Jaishankar. “The coins have been made in Bhutan from 1790 onwards.”

As intended, for the visitors, it was a journey back to the history. 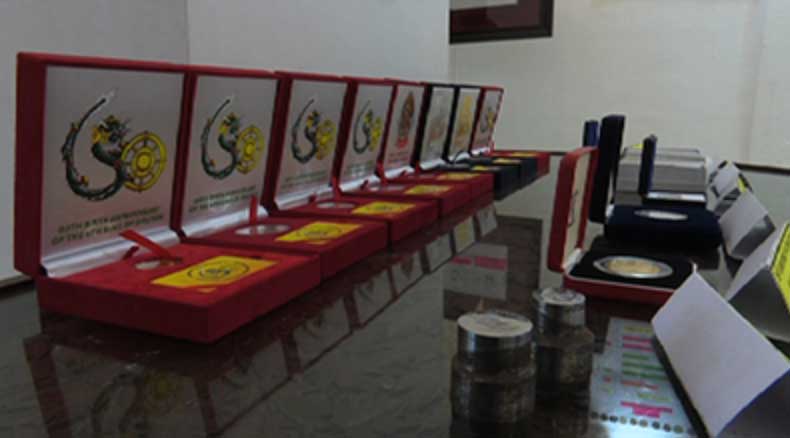 “I found that the information which was displayed at the exhibition is not even in the text books,” said a teacher of Lungtenzampa Middle Secondary School, P N Thakur. “The exhibition is very informative,” he added.
“Getting to know about the types of coin used by our ancestors is really interesting because we have no idea about it,” said one of the students, Tshering Wangmo. “Nowadays, we don’t get to see such coins,” added another student, Keeba Seldon.
Meanwhile, the Major General added that with his personal collection of coins and also from others, he plans to establish a Coin Museum in collaboration with the Central Bank.
Bhutan jumps one place up in Corruption Perception Index Choni Dema, Thimphu
Feb 24, 2018
Bhutan climbed one step higher in last year’s Corruption Perception Index (CPI) as per the global civil society organisation, Transparency International. It ranked 26th least corrupted countries from 180 countries.
In 2016, it was placed at 27th position among the 176 countries. This is the twelfth successive year that Bhutan had featured in the index and saw considerable progress over the years.
The CPI shows New Zealand and Denmark as the cleanest countries while Syria, South Sudan, and Somlia are ranked at the bottom, obviously indicating that they are the most corrupted countries.

Some villagers breathe life into their once abandoned homes

While some villages across the country grapple with the increase in number of Gungtongs or absentee households, for Yangnyer Gewog in Trashigang, the situation seems to be the opposite.
Part of those people who left their homes a few years ago are now back. Cheten Dema, 30 is one of them. It has been four years since she returned to her home in Daliphangma. She has now found her footing, and considering the developments here village has witnessed in recent times, leaving again for another place seems out of question.
“I left my house as Gungtong for two years. But after the village was connected with road and electricity, I thought it would be wise decision to come back. Now there is no human-wildlife conflict too,” told Cheten to BBS News.
Like here, of the 12 gungtongs in Daliphangma a few years ago, today there are only two. “I decided to return thinking my house might turn into ruins if it is left as Gungtong. For an uneducated person like me, it is better to live in the village,” said Tendrel Zangmo, who also came back to her village.
For gewog administration, it is easier to plan developmental activities when there are no Gungtongs. “When there are Gungtongs, it is difficult to carry out any kind of collections. There are no people turning up for village meetings. This affectsin disseminating information and creating awareness on various issues,” said the Mangmi of Yangnyer Gewog, Tshewang Gyeltshen, adding that earlier due to its remoteness, the gewog had more number of absentee households.
For now, there are about 30 Gungtongs in the gewog. 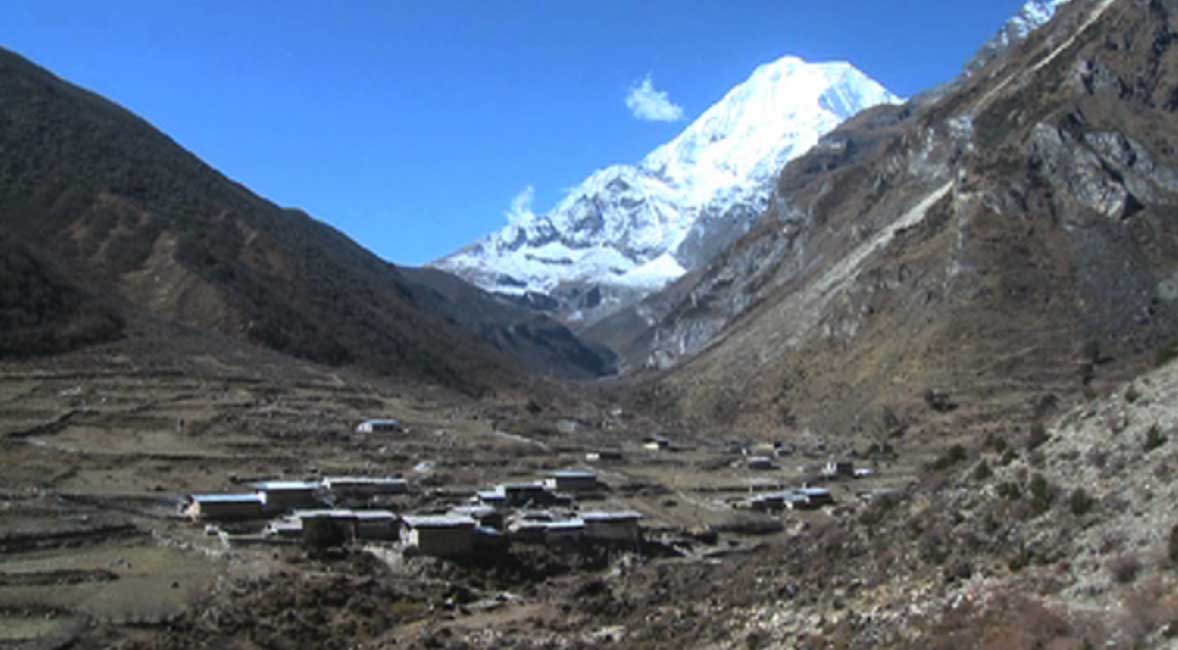 People of Lingzhi Gewog in Thimphu can now look forward to literally brighter lives. The Bhutan Power Corporation Limited will test its electricity supply system next month.
Today, power cables run over the roofs of the houses in Lingzhi, one of the most remote villages of Thimphu. It will not be long before they are put to use.
Without an electrical grid power supply, people have been managing with solar panels for the energy.
“After we get the power supply, I am planning to open a shop here. I lived in Paro before doing some business. However it was difficult and the returns were not so good. Here, I think any kind of business will thrive. The prospective is better here,” said one of the locals, Passang Tshamchoe.
Other residents also said electricity will play a key role in reducing the tediousness of household chores and addressing human-wildlife conflict.
“Having access to a proper electricity supply will have a huge difference in our lives. We can install electric fences and address the human-wildlife conflict that we are facing at the moment. We can watch television and even work at night, whenever necessary,” said another resident named Chimi Gembo.
The electrification works began in July, 2015. It was completed in October last year. The Austrian government and the Royal Government of Bhutan jointly funded the project. The Chief Project Manager of Rural Electrification Division of BPC said the final statement of accounts is yet to be worked out. The project will benefit over a hundred households of Lingzhi.